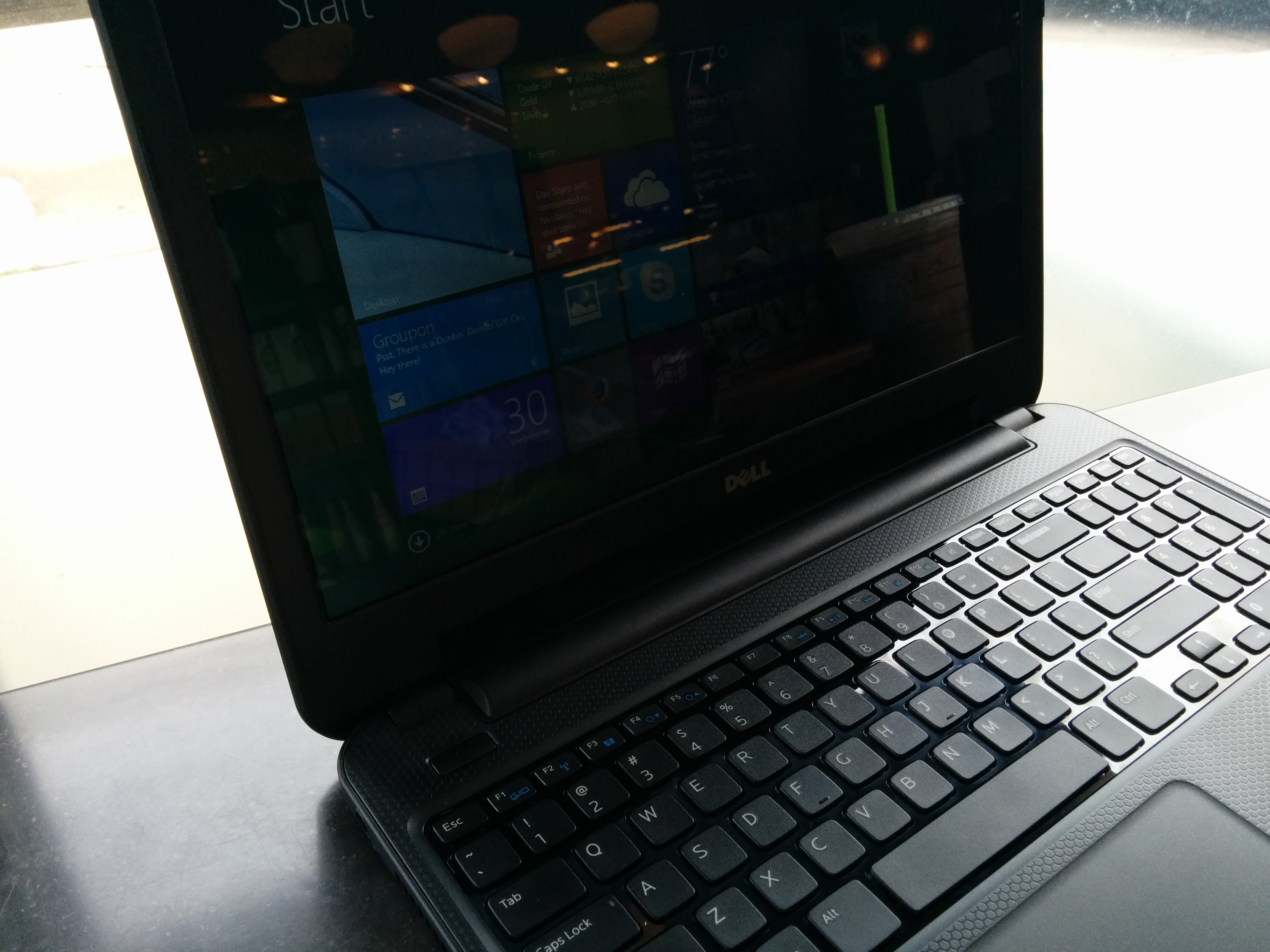 It’s been quite a while since I have had the courage to purchase a Dell laptop. My first was in high school and was an Inspiron E1505. It was a trusty steed, and served me into the early semesters of undergrad. Once the battery gave out on the Dell, I ended up upgrading to a Toshiba, and then eventually an Asus G75VW behemoth which is still my main computer to this day.

During these past several Dell-less years, I’ve seen the downfall of Dell products from pretty reliable and affordable workhorses to abysmally shitty, yet still somewhat affordable, lumps of chintzy plastic and floppy screen hinges.

I’ve recently decided that my Chromebook, although great, just couldn’t replace my need for a full-fledged Windows and/or *nix system that I can throw in my backpack and not care about if disaster struck. I looked for a possible upgrade in Lenovo’s Thinkpad X140e, but found it too pricey to be in that elusive “somewhat disposable” category. Then I stumbled on Dell’s website. I’ve only used it recently for driver downloads and specs for client laptops/desktops I needed to fix, so I hadn’t recently checked out their newest offerings. In the home/home office section I saw the light:

I looked into the specs of the cheap-o model, the Inspiron 15 (3135 to be more exact) and even though they were pretty basic, the price was unbelievable, so I nabbed one with $20 off using my old dusty Dell credit line. Now it is in my hands, and since I haven’t found a review for this particular model, here we go! 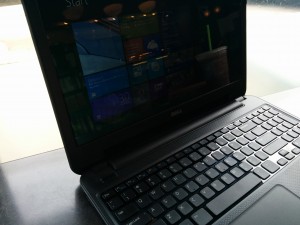 When taking the lappy out of it’s packaging, I noticed that the chintzy plastic is still used in full-force by the folks in Round Rock. It’s cheap, it’s dull looking, but it was surprisingly less creaky than other laptops I’ve used; including much more expensive enterprise-class Dells. Short-term, it appears to be a finger-grease magnet, but it is easy to clean and mostly unnoticeable in most light. The hexagonal pattern printed on both the interior and exterior of the plastic is pretty cool looking and makes it look a little more mature and durable. And no, I won’t be testing that durability assumption!

Once the laptop is opened, you are greeted by a nice glossy 15″ screen, a full keyboard with 10-key (HOLY SHIT!) and your run-of-the-mill trackpad. Let’s get one thing out of the way right off the bat. The trackpad is garbage. Multitouch is like pulling teeth, and the trackpad buttons feel incredibly fragile and are unbelieveably noisy. V-Tech would have laughed at the quality of this trackpad. Holy fuck. Even though basic mouse movements and taps haven’t been too awful (yet), just use a mouse. 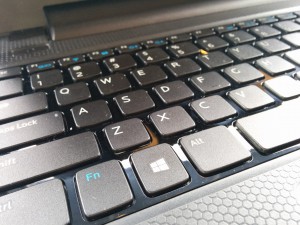 Where Dell completely fucks up with the trackpad, they make up for tenfold on the keyboard. At this price point, the keyboard is a masterpiece. Very quiet, confident key presses, and a FULL TEN KEYPAD HOLY JESUS. No other cheap-o laptop can touch this keyboard. If you want a laptop that can take on all of the typing a college class requires, you’d be hard-pressed finding much better for the same price as a Chromebook.

As for overall noise coming from this lappy, there really isn’t any. Thanks to the Celeron processor, I’m pretty damn sure there isn’t even a fan in this thing. Other than the subtle whirrs and clicks of the old-fashioned platter ‘n head 500GB hard drive, it’s a quiet fellow.

Now back to that Celeron. You know Dell had to cut corners somewhere, and here’s where they did it. The Celeron, as you may know, is the absolute bottom of the barrel for mobile and desktop processors, other than the very-low-power Atoms and the like. Intel has done a pretty good job though of making the Celeron a low-power budget processor in its own right. Dell touts about five hours of battery life out of this guy, and that’s with the puny 4-cell battery included. A speed demon this little guy definitely ain’t, but you should be more than happy with it as a note-taking, web-browsing, general use mule. So far, I’ve only experienced occasional hiccups when installing larger programs and at the initial Windows 8.1 setup.

As far as software, you get Windows 8.1 “with Bing,” which is just 8.1 with Bing forced as the default search engine out-of-the-box in order for Microsoft to give OEMs a discount on licenses. Don’t worry though, you can download any alternate browser and set any other search engine you want. It’s the same Windows 8.1 as before. Dell also throws in their usual junk. Digital Delivery. McAfee, which is no longer optional since it’s now a Dell company, but is easily uninstalled. Generic Dell Audio stuff. Et cetera. Not a whole lot of bloat, but we all know Dell can’t live without a little bit of it.

So let’s bring it home. Do I regret this impulse purchase of quite literally the cheapest laptop Dell has probably ever manufactured? Not in the slightest. It’s comfortable, the screen is okay, battery life hasn’t disappointed yet and the dreaded Dell floppy display hinge is compeletely nonexistant. For $250, or $230 with your Dell charge account, it’s a pretty fantastic deal for a beater laptop with no guilt. Dell has certainly redeemed itself with this one, and maybe Michael Dell bringing the company back into private ownership will continue to help matters.